Famous names such as Johann Wolfgang von Goethe, Wilhelm Ostwald and Manfred Richter bear witness to the leading role played by Central Germany in the development of colour theory and colour theory to this day. The scientists there recently completed “FARBAKS”, a science project on colour, publicly funded with millions of euros. Over the years, the Technical University of Dresden has also brought together an extensive collection of current and historical materials on the theory of colour. 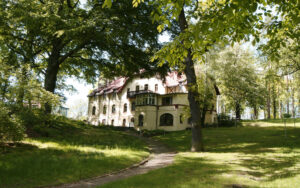 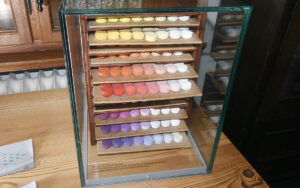 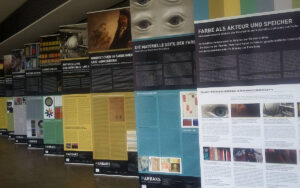 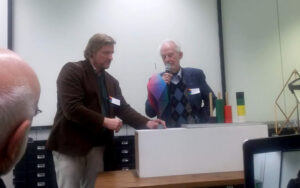 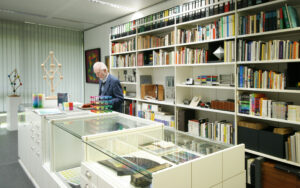 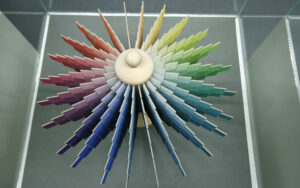 In addition to the conference of the German Colour Science Society, the annual “Dresden Colour Forum” must be described as a highlight in the world of colour, where leading representatives from science, art and architecture gather to present and discuss the latest trends in a relaxed atmosphere. The lectures did not deal with mathematical-physical approaches (which are rather the focus of the DfwG), but with modern forms of printing (which no longer takes place only in print shops), colour theory over the centuries, light design and media architecture or new approaches to conveying colour knowledge at primary schools – in other words a colourful scientific kaleidoscope.

The Lifetime Work and the Harald Küppers Collection

Over the past decades, Harald Küppers has played a major role in developments in the printing industry and colour theory. He was just as successful as an entrepreneur as he was as an author of numerous specialist books. He was active in standardization committees and was awarded the Federal Cross of Merit. Out of purely private interest, he researched the subject of colour, taught, developed his “Rhomboeder” theory of colour and compiled an extensive private library of materials on colour. Now, at the age of 91, he had bequeathed these to the TU Dresden in order to preserve them for posterity and make them accessible to the public.

The conference was largely dedicated to Harald Küppers, there was a laudation from the printing industry and a report by Andreas Kraushaar, the head of Fogra, on how much Küppers is involved in our current printing technology. The lecture by Harald Küppers himself was particularly moving, in which he once again briefly presented his theory of the “colour hombohedron” and which he concluded with the words: “I assume that this is the final solution to the problem of colour theory”.

In this environment it was a great honour to have been invited to talk about the reasons and perspectives of free colour and about our association. “Logic of colour” was the motto of the conference, “free colour – is logical” the answer. In the context of the conference and the many interesting topics it became again clear that the approach “free colour” has enormous potential. In addition, there were good new contacts and ideas for projects.

At this point a big thank you to the organizers of the Dresdner Farbenforum for the invitation!

https://www.dnn.de/Dresden/Lokales/Dresdner-Farbensammlung-fuehrt-Schattendasein
https://www.deutsches-farbenzentrum.de/2009/11/sammlung-farbenlehre-an-der-tu-dresden/
Colours and Collection of Colour Theory at the TU Dresden

This site uses Akismet to reduce spam. Learn how your comment data is processed.